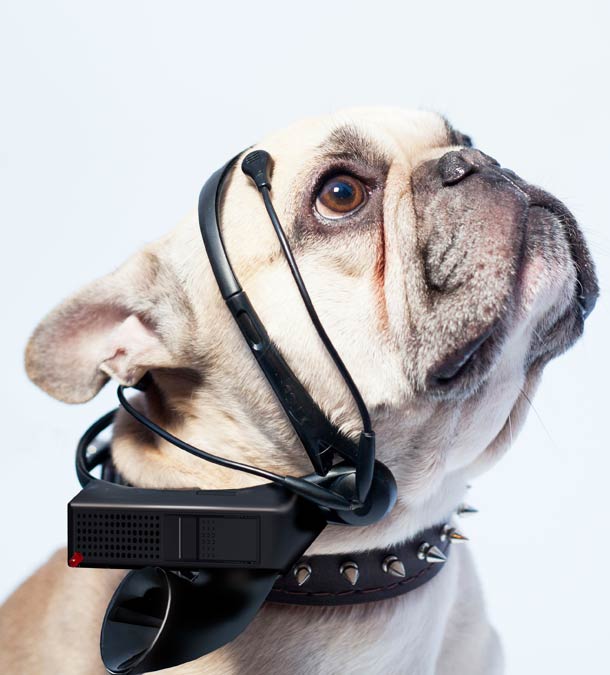 The technology used in No More Woof is the result of combining the latest technologies in three different tech-areas, EEG-sensoring, Micro Computing and special BCI software. During the last decade huge discoveries have been made to map out the human brain’s functions. But never before has anyone made a serious attempt to apply this groundbreaking technology on man’s best friend. For instance there is a spectrum of specific electrical signals in the brain defining the feeling of tiredness (« I’m tired! »). Some of the most easily detected neural patterns are: « I’m hungry, « I’m tired », « I’m curious who that is? » and « I want to pee ». (It is worth pointing out that dogs « think » in a different way than humans. Whereas the dog’s brain signals might indicate hunger, that does of course not really mean the dog is « thinking » that, it’s rather more a mental state than a « thought » although the difference between these two things is actually an interesting philosophical question, for those who are into these things.)

Every mammal creates and transports « thoughts » the same way, as a swarm of electrical signals through a complex neurosystem). It has long been possible to record this activity through Electroencephalogram (EEG) readings. When it comes to humans, the last decade has seen tremendous progress. However every species uses its unique structure. You could say that all creatures speak the same language only with varying dialects. And as animal brains are less complex than humans their signal patterns are more distinct for feelings of anger, curiosity or tiredness – actually making them easier to distinguish. The challenges we are facing using EEG on pets are a matter of placement for best comfort and how to identify the clearest signal when attaching the device on fur (we would never let you shave a tonsure on your beautiful German Shepard).

We are experimenting with a new brain-computer interface (BCI) to detect, analyze and translate the brainwaves of dogs into comprehensive thoughts. Earlier the devices had to stream thought sequences, but now we are using Raspberry PI, which handles this process directly inside the device. This might not seem as a big deal, but actually it clearly distinguishes this project from all previous research. When the EEG readings are gathered, you could say that the trick of reading an animal’s mind is stripped down to a more or less complex deciphering problem.

Right now we are only scraping the surface of possibilities; the project is only in its cradle. And to be completely honest, the first version will be quite rudimentary. But hey, the first computer was pretty crappy too. 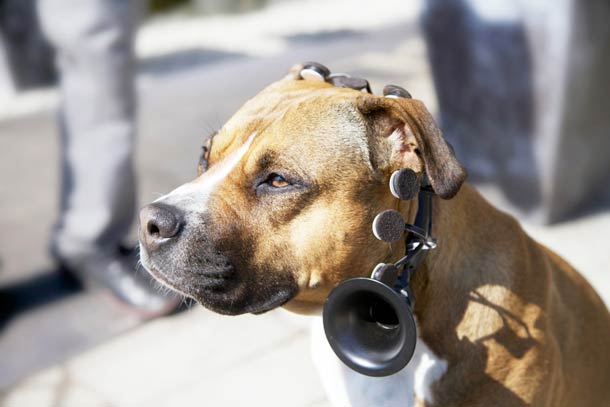 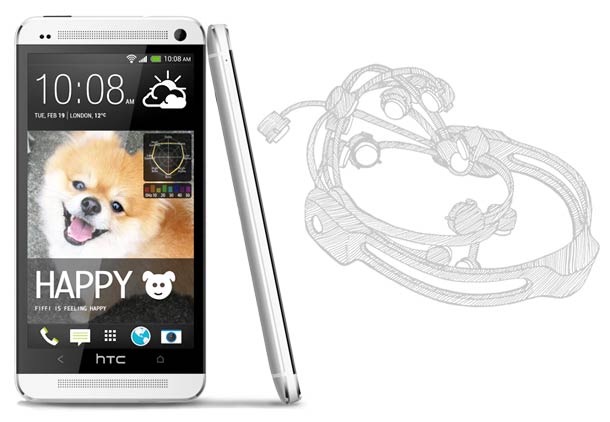