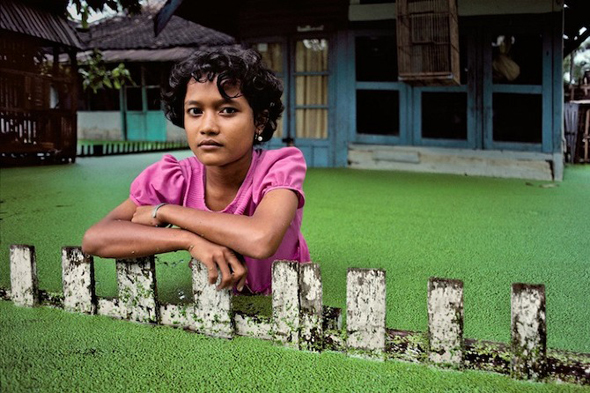 « The wheel turns slowly in the monsoon world, and I lived and worked under the pressure of time. I was a stranger: my rush of airline schedules, long-distance telephone calls, and mechanical calculations of f-stops was a mere sideshow; my anxiety and occasional hysterics were foreign to people secure in their understanding of the world. They would smile and praise their gods.

I was changed. Covering the monsoons meant total immersion, a concentration that bordered on masochism. Day after day in grit-filled heat not even

meant for mad-dogs or Englishmen. Day after day wallowing in filthy water up to my chest, or standing in the street in a torrential downpour, my shoulder aching from the umbrella propped in my armpit, an incredulous assistant wishing he were somewhere else. I began to learn the art of patience.

For months there is no rain, then there is too much. Half the world’s people survive at the whim of the monsoon winds. This is the reality, and it will stay with me forever.
Except from Monsoon »